Archive for the ‘BAMM Says’ Category

Here’s another ‘Best Of 2013′ roundup from the musical masterminds within the BAMM.tv team. This time around, we asked Sophie (Artist Relations) to pick a variety of her favorite musical moments from the year gone by …

An intriguing look at the backing artists who provide invaluable support to the biggest megastars of the music world.

END_OF_DOCUMENT_TOKEN_TO_BE_REPLACED

Incredibly, 2013 is almost over – and while the year might have sped by like a freight train, that hasn’t stopped the BAMM.tv team from amassing some favorite musical moments from the last twelve months. Oh – and we’re not sticking to that boring old ‘Albums Of The Year’ format that a billion zillion other outlets like to recycle. Instead, our team have chosen a category close to their hearts/talents/creative outlook.

Her surprise new album was a late entry for ‘Musical Surprise Of 2013′ – but that’s not the list we’re dealing with here. ‘Grown Woman’ fuses nostalgia, retro video effects and psychedilic verve with typical Beyonce power:

END_OF_DOCUMENT_TOKEN_TO_BE_REPLACED

‘Coolness’ can be such a fickle concept sometimes. One minute you’re the toast of Pitchfork, the next you’re being slated on a million message boards for ‘selling out’ or mysteriously losing whatever touch you had in the first place. It’s never been quite clear who decides on what’s ‘cool’ or not (our god-like cultural overlords, perhaps, plotting the rise and fall of pop-culture from a volcano fortress somewhere in the mid-Pacific), but the rules of the game seem genuinely unfair a lot of the time. Here’s a look, then, at some of the acts whose talents have often been overlooked simply because they’re so ‘uncool’ …

5. Tom Petty And The Heartbreakers

Boring, trad-heavy, MOR dadrock, right? WRONG. Petty’s ‘Greatest Hits’ compilation is pretty much a masterclass in songwriting, and all the hip sneering in the world ain’t gonna change that.

END_OF_DOCUMENT_TOKEN_TO_BE_REPLACED

BAMM.tv Featured Artist: Thao And The Get Down Stay Down

‘Get down, stay down’ may sound like a direct command (imagine your clichéd ‘give me fifty’ drill instructor barking it in your ear) – but such straightforward bludgeoning really isn’t the style of Thao & The Get Down Stay Down, the San Francisco act who just happen to be BAMM.tv’s new Featured Artist.

This isn’t to say that there’s no immediacy to their music. Thao Nyugen and her mainstay cohort Adam Thompson (the band members have previous included Frank Stewart and Willis Thompson) have crafted a body of work which – while loosely fitting within umbrella terms like alt-rock and folk-rock – opens up with multiple listens to reveal rewarding intricacies, unique vocal and musical flourishes, and melodies within melodies.

You may think you’re getting everything with a surface listen – and an enjoyable surface listen it definitely is – but sentiments like ‘you are a dead man/I just have to shoot the gun’ (‘Body’) and ‘I come back because the punches always hit the same’ (‘Trouble Was For’) show off a beguiling complexity. Think of similar creative multi-taskers like Broken Social Scene, Jim Ward, Cat Power, Fiona Apple and Feist – not a bad line-up to be mentioned alongside – and you’ll be close.

Or, y’know, just listen to them. (click ‘more’ to continue)

END_OF_DOCUMENT_TOKEN_TO_BE_REPLACED 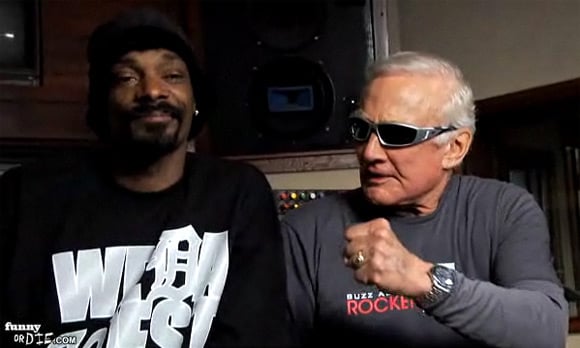 Following the remarkable recent team-up between indie darlings Vampire Weekend and buggy-eyed acting legend Steve Buscemi, we couldn’t help but ruminate on the topic of strange musical collaborations, and thought we’d take you on a baffling trip down memory lane. So: let’s have a peek at five of the weirdest get-togethers of all time.

5. The KLF and Tammy Wynette

Woah, woah, woah – we never said that ‘weird’ meant ‘bad’. There are few stranger combinations than British electro-anarchists the KLF and old dame of country Tammy Wynette, but when they unleashed ‘Justified And Ancient’ in 1991, they produced the catchiest tune of the year.

END_OF_DOCUMENT_TOKEN_TO_BE_REPLACED

Here’s another of our in-depth articles from our London-based correspondent Zakia Uddin. This time, she looks at the increasingly prevalent modern phenomenon of the comeback artist …

Justin Timberlake announced his comeback this year – yes, JT. Put it this way, the 32-year-old’s first release was back when Dubya had been in power for less than a year and the first dot com bubble had just exploded (‘Like I Love You’, below).

The comeback has always occupied a special place in the world of music. Unlike political comebacks, musical ones rarely the same renewed vigor. You don’t humour a politician (or at least we don’t think we do) but the force of nostalgia is enough to get people excited about a singer or band’s return. We’re never quite sure whether to take it seriously – arguably, we’re even more cynical about musicians’ abilities than we are about those of politicians. Will they be as passionate as they used to be? What if they aren’t as good as we remember? What does that say about us? Worst of all, they remind of us how old we’re getting.

There was a more (or less) cynical time – depending on your point of view – when making a comeback was like doing an encore. Or comebacks were only for the kind of musicians who did encores, who couldn’t get enough, and were willing to spin out the old hits for an unimaginative audience. So what’s changed? It’s a real truism that touring is the only way to generate money – correspondingly many bands have sucked it up and gone touring together, including legendary fall-outs like the Stone Roses (below).

Generally, rock music comebacks have always seemed more dignified. It involves a different kind of struggle, as though they just didn’t want to come back until they were truly inspired. Click on ‘more’ to continue!

END_OF_DOCUMENT_TOKEN_TO_BE_REPLACED

See that picture above? The Rolling Stones have updated their famous ‘lips’ logo to celebrate their 50th anniversary, and – if anything – this revamp only goes to solidify its reputation as one of the all-time great band logos: instantly recognisable, effortlessly cool and simple enough to reproduce quickly on a billion T-shirts and a quadzillion bedroom posters.

So – which other band logos can proudly stand alongside those luscious red lips? Let’s construct a virtual hall of fame and take a look at some of the exhibits, shall we?

END_OF_DOCUMENT_TOKEN_TO_BE_REPLACED

Posted on: February 7th, 2013 by bammtv No Comments

Why are we writing about a video game? Because the Grand Theft Auto franchise is no mere video game – it’s a genuine pop-culture phenomenon, and, as anyone who keeps up with joypad-twiddling will tell you, music is becoming an ever-more integral part of gaming. The Rock Band/Guitar Hero franchise have flogged themselves to death, yet were undeniably a turning point for the industry. And Valve’s ‘Portal’ series has featured a couple of bespoke bona-fide pop classics (sung by an evil computer no less), not to mention a specially commissioned tune by The National.

But Grand Theft Auto … ah, Grand Theft Auto. The music that features in the game – blaring from a selection of in-car radio stations – adds to the experience on an almost indefinable level. Remember blowing up helicopters to the strains of Blondie’s ‘Atomic’ in Vice City? Cruising a motorbike through smouldering drug plantations while humming Loretta Lynn in San Andreas? Speeding away from a bank robbery to Alexander O’Neill’s ‘Criticize’ in GTA IV? Sure you do.

END_OF_DOCUMENT_TOKEN_TO_BE_REPLACED

Posted on: February 1st, 2013 by bammtv No Comments

Here’s another of our regular Friday rundowns of what the BAMM.tv team members are listening to right now. This week it’s the turn of Nick Hansen, Co-Founder and Company Director …

I’m down with songs that are tripped-out and mildly twisted, full of tension and intensity. Well, look no further. I think it was a brilliant decision to make this video (finally), using such a challenging washed-out grading and imagery. The dichotomy really works between the tropical sounds of what sounds like steel drums and what I’m imagining to be a Canadian wilderness, maybe British Columbia, all of it just before it gets seriously cold. Overall, Daniel Snaith is obvioiusly a genius — do have a look at his PhD, but it’s all a bit Greek to me.

END_OF_DOCUMENT_TOKEN_TO_BE_REPLACED

Remember when you were a kid, and you’d done something wrong, and your parents would say: ‘I’m not angry … I’m just disappointed’? How about the music that makes you feel that way? Everyone has a moment in the catalogue of their favorite band or artist which they find indefensible – maybe a stupid quote in an interview, maybe an embarrassing TV appearance, maybe a sell-out starring role in a product commercial (we’re looking at you, Iggy Pop. And you, John Lydon).

We’re looking at the top five worst songs by great artists … those records which sully the reputation of cultural legends and which even the hardcore fanbase find hard to stomach. Ready? Let’s go.

Morrissey may have aged into a flabby, reactionary embarrassment, but it’s widely held that his four-year-stint with The Smiths was a non-stop procession of pop perfection. Right? Right? Well … kind of. There’s always one who has to spoilt it for everyone else – and that came in the form of ‘Ask’ B-Side ‘Golden Lights’, a cover of a 1965 song by Twinkle. The rest of the band hated it. It’s easy to see why: